A World of Antique Maps and Prints 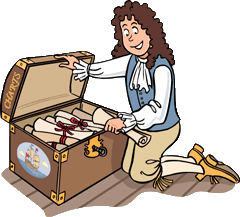 Antique maps are great fun to collect. It is popular to have a theme to your collecting such as buying maps of your home county or if you have moved about a bit then the counties you have lived in over the years

If you would like to receive an occassional email Newsletter with details about new maps and prints that have been added to stock please fill in the form below and click submit.

How to Order
Guide to Brtish Maps

Some of the Countries included in my Stock of Antique Maps. Many have sub divisions.

I try to deal with enquiries as quickly as possible. Many orders are sent off the same day if they arrive by mid morning.

You are currently in the British Isles section of the web site. To go to the Rest of the World section click here.

To go to the antique prints section click here

for the lover of Maps, Roads and History

I was 19 when I got hooked on antique maps. There are quite a few of the early cartographers who we know a bit about about and their life stories make interesting reading. There is one English mapmaker who stands out as someone rather special who appears to have had a most interesting life. He is JOHN OGILBY. Yes you know he was the first to map the roads of England and Wales and yes you might have read that he had an interest in dancing. If you want to know more about the man who created that 17th century map hanging on your wall then you must read this book published in 2016 - The Nine Lives of John Ogilby by Alan Ereira. In this book the author brings a fascinating hidden history to light, and reveals that Ogilby's celebrated Britannia is far more than a harmless road atlas: it is, rather, filled with secrets designed to serve Charles II's sinister purpose.

You can order this book now and get it for less than the cover price of 25 pounds.